Fiji motorcycle racer set to hit the tracks of Europe The world has become accustomed to seeing Fijian sporting talent, but until now it’s mostly been showcased on the rugby field. Next month, a 9-year-old boy will become the first Fiji national to appear on the international stage of motorcycle racing.

Jack Oakley, grandson of the late Navtarang/Radio Sargam broadcaster, Anirudh Diwakar, is joining the national junior championship in Spain, racing 110cc machines against some of the top talent in his age group from around the world.

Jack will be training with a team at the Cuna de Campiones in Valencia, which has developed some of best-known names in the sport, including 2020 MotoGP world champion Joan Mir and current Moto3 title holder Pedro Acosta.

Spain, along with Italy, is considered the global epicentre of the sport, and the two countries have produced most of the sport’s world champions. The country is used to hosting talent from Europe, the Americas, Asia and Australia, but this is the first time the Fiji flag will be appearing on the starting grid.

Jack started riding dirt bikes at the age of seven while living in Chiang Mai, Thailand, and soon progressed to Thai junior road racing competitions, where he has become a regular race winner. Last year, he travelled to the UK for his first major national competition, taking part in four rounds of the British Mini Bike championship, where he posted a best finish of fifth.

“In England, it was just me and my dad, and we didn’t really know what we were doing,” Jack said. “Joining a team in Spain means I’ll have professional coaches and mechanics – it’s going to be really tough but it’s a great chance to learn and improve. This year, I just want to focus on getting better but one day I hope to see the Fiji flag on the podium.” 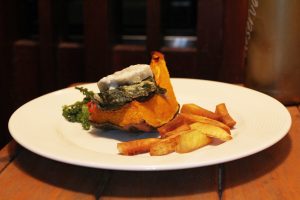