The University of the South Pacific’s (USP) Shahil Prasad and Salveen Deo garnered praise from lecturers and students alike for their assistive device that can detect objects and computes the details to produce an audio text output that can allow those with low vision to maneuver their way easily.

The duo’s academic pursuits began as high school buddies at Rishikul Sanatan College in Fiji, which Deo says, set the foundation for their collaboration.

“We decided to pursue this particular (project) simply because we want to stamp our mark. It took us one whole year, working through some weekends and late nights but the most important part of it all was research,” Deo highlighted.

“We have to do a lot of coding, there were errors at times, so we had to go back to further our research and fix it.”

Prasad said, “some of the challenges I faced while carrying out this project was staying back late in uni, especially when I found program bugs, so a lot of time and effort went into debugging the codes but we overcame this with the help of our supervisors and online resources.”

“But, we felt a sense of relief and pride since we knew that this project had various applications apart from just detecting objects in the surroundings and also how difficult it was to design a fully functional device,” he adds.

The two students were also part of the group of four that scooped the Tokyo Electron Award at the 2022 Asia Pacific Robocon that was held in India. 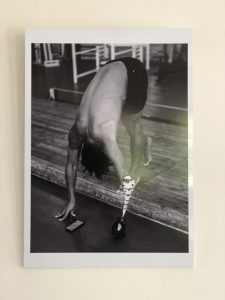